A Leyden jar typically consists of a glass jar with metal foil cemented to the inside and the outside surfaces, and a metal terminal projecting vertically through the jar lid to make contact with the inner foil. It was the original form of a capacitor.

It was invented independently by German cleric Ewald Georg von Kleist on 11 October 1745 and by Dutch scientist Pieter van Musschenbroek of Leiden (Leyden) in 1745–1746.

Around 1650, Otto von Guericke built a crude electrostatic generator: a sulphur ball that rotated on a shaft. When Guericke held his hand against the ball and turned the shaft quickly, a static electric charge built up. This experiment inspired the development of several forms of “friction machines”, that greatly helped in the study of electricity.Despite its mundane and safe appearance, the Leyden jar is a high voltage device, and electrical energy collected within it from friction may be as high as 35,000 volts. The ball on the tip of the rod is a corona ball to prevent leakage of the energy into the air by point discharge

In 1744 von Kleist tried to accumulate electricity in a small medicine bottle filled with alcohol with a nail inserted in the cork. He was following up on an experiment developed by Georg Matthias Bose where electricity had been sent though water to set alcoholic spirits alight. He attempted to charge the bottle from a large prime conductor (invented by Bose) suspended above his friction machine.

A typical design consists of a glass jar with conducting tin foil coating the inner and outer surfaces. The foil coatings stop short of the mouth of the jar, to prevent the charge from arcing between the foils. A metal rod electrode projects through the stopper at the mouth of the jar, electrically connected by some means (usually a hanging chain) to the inner foil, to allow it to be charged. The jar is charged by an electrostatic generator, or other source of electric charge, connected to the inner electrode while the outer foil is grounded. The inner and outer surfaces of the jar store equal but opposite charges.

The original form of the device was just a glass bottle partially filled with water, with a metal wire passing through a cork closing it. The role of the outer plate was provided by the hand of the experimenter. Soon it was found that it was better to coat the exterior of the jar with metal foil (Watson, 1746), leaving the (accidentally) impure water inside acting as a conductor, connected by a chain or wire to an external terminal, a sphere to avoid losses by corona discharge. Later the water inside was replaced with a second metal foil lining. Early experimenters found that the thinner the dielectric, the closer the plates, and the greater the surface, the greater the charge that could be stored at a given voltage.

Further developments in electrostatics revealed that the dielectric material was not essential, but increased the storage capability (capacitance) and prevented arcing between the plates. Two plates separated by a small distance also act as a capacitor, even in a vacuum.

Originally, the amount of capacitance was measured in number of ‘jars‘ of a given size, or through the total coated area, assuming reasonably standard thickness and composition of the glass. A typical Leyden jar of one pint size has a capacitance of about 1 nF

Storage of the Charge

It was initially believed that the charge was stored in the water in early Leyden jars. In the 1700s American statesman and scientist Benjamin Franklin performed extensive investigations of both water-filled and foil Leyden jars, which led him to conclude that the charge was stored in the glass, not in the water. A popular experiment, due to Franklin, which seems to demonstrate this involves taking a jar apart after it has been charged and showing that little charge can be found on the metal plates, and therefore it must be in the dielectric. The first documented instance of this demonstration is in a 1749 letter by Franklin.

Franklin designed a “dissectible” Leyden jar (below), which was widely used in demonstrations. The jar is constructed out of a glass cup nested between two fairly snugly fitting metal cups. When the jar is charged with a high voltage and carefully dismantled, it is discovered that all the parts may be freely handled without discharging the jar. If the pieces are re-assembled, a large spark may still be obtained from it.

This demonstration appears to suggest that capacitors store their charge inside their dielectric. This theory was taught throughout the 1800s. However, this phenomenon is a special effect caused by the high voltage on the Leyden jar.

In the dissectible Leyden jar, charge is transferred to the surface of the glass cup by corona discharge when the jar is disassembled; this is the source of the residual charge after the jar is reassembled. Handling the cup while disassembled does not provide enough contact to remove all the surface charge. Soda glass is hygroscopic and forms a partially conductive coating on its surface, which holds the charge.

Addenbrook (1922) found that in a dissectible jar made of paraffin wax, or glass baked to remove moisture, the charge remained on the metal plates. Zeleny (1944) confirmed these results and observed the corona charge transfer.

In capacitors generally, the charge is not stored in the dielectric, but on the inside surfaces of the plates, as can be observed from capacitors that can function with a vacuum between their plates. 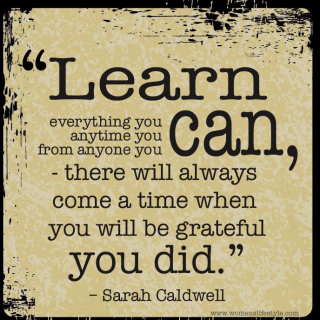